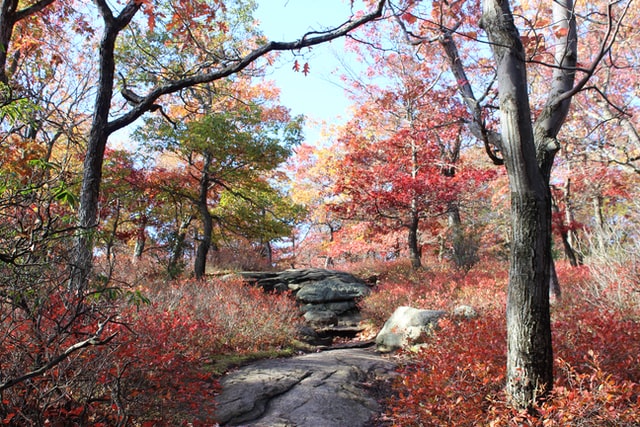 Being a Marine is not an easy task by any measure; it takes guts and determination, dedication, and a sense of purpose to even make the choice to enlist in any branch of the military, never mind the USMC. However, that’s precisely what Mountain Sage chose to do, and he served with honor and integrity. Life was going well for him, and his future was wide open.

However, he started to become plagued with various health issues to include severe stiffness of his muscles upon waking, problems with his handwriting, and a general slowing down of his physical movements, and even his doctors, initially could not explain why; after all Sage was in perfect physical health. Soon he began to develop tremors and the doctors discovered, upon further examination, that Sage had been afflicted with the onset of Parkinson's Disease. He was devastated.

Although Sage did go through a dark period of depression and anger, as well as a bout of guilt and a heavy dose of shame- the military does teach us, after a fashion, that weakness in body is weakness of mind- he started to rethink his situation. Sage mediated and prayed about his condition as well as researched Parkinson's to get a better picture of what he could expect as his disease progressed.

Not one to be kept down, Mountain Sage shrugged off the mental anguish enough to begin a self-prescribed path of acceptance and growth. He began to hike and spend a great amount of time outdoors skiing and being as physically active as he could be, even as his Parkinson's advanced.

Soon he decided to undertake the ultimate challenge as he saw it. He wanted to through-hike the Appalachian Trail, otherwise known as the AT. The Appalachian Trail is a wilderness hike that spans the entire east coast of the United States and stretches over 2190miles. As one may imagine, this is not an easy hike, made even more difficult while suffering from Parkinson Disease.

However, he completed the hike. It was a spiritual journey for him, a healing in many senses, and a way to show everyone he came across on the trail that physical disabilities don’t always have to stop a person. If you want it bad enough, there may be a way. He has hiked the AT multiple times, inspiring people every step of the way knowing It won’t be easy, but it will take guts and determination as well as dedication and a sense of purpose to drive one forward.

Today, Mountain Sage lives in the North Country of New Hampshire where he is an Adaptive Ski & Snow Adventure Sports Instructor where he aids physically, and mentally challenged individuals learn and participate in the outdoor activities that are so popular in this area of the nation.